What is a vicar?

This year, my husband is a vicar. I grew up in the church that had vicars. So I have always known the definition of a vicar. But that’s not really the case with most people.

I posed the title question to my Facebook friends and here are some of their responses (The first one is a clever Haiku):

He who is mentored

Deputy pastor or pastor in seasoning

I’m sorry, I keep thinking of the Friends episode where Joey doesn’t know what a Vicar is…

Vicar: same amount of work and half the pay!

Memories to last a lifetime!

Tight rope walker with a net. Next year: NO net!

Someone who wears a tutu?

Making a new fashion statement with a clerical collar

(That last one was sweetly posted by one of Toby’s coworkers.)

Basically, a vicar, as some of my Facebook friends stated, is a fancy, religious title for “intern” or “pastor in training”.

A vicar works full-time IN* a church. He is constantly WITH* the guidance of a lead pastor. And he is always UNDER* the implied disclaimer that essentially states:

The opinions, thoughts, and teachings expressed by this vicar should be inline with those of the Bible, the Synod, the seminary, and this congregation. In the case that this vicar says or does something which is embarrassing, ridiculous, stupid, or obviously not in accordance with the aforementioned affiliations, please disregard anything he says or does immediately and dial: 1-800-WHO-VOTED-FOR-THIS-GUY. 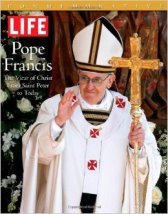 The title vicar can be somewhat misleading. For starters, the term vicar is also shared with the Catholics. One of our young Catholic friends thought that since Toby was going to the seminary, that meant he would be converting to Catholicism. A bit of a compliment considering the Pope is referred to as the “Vicar of Christ”. But no, Toby is neither a Catholic convert, nor the Pope. Although “Pope Toby” has an enjoyable ring to it.

Also, many people have no idea what a vicar is – even in our own churches. A surprising number believe that vicar is actually the new guy’s first name. One pastor said he was called “Vic”. Another received a Christmas check made out to “Victor.” (His name is Chris.) One lady, in a church with a history of vicars, commented on how funny it was that the last three interns had the same unique, first name – Hi. I’m Vicar. This is my brother, Vicar, and this is my other brother, Vicar. Our friend Chris had a running list of the misspellings for his title as vicar: Vicer, Vicker, Viger, Vhigar, Vidiot, and Voron.

Members also confuse the vicar with a pastor. At our church people don’t know whether to call Toby “Vicar” or “Pastor”. One vicar’s wife said, People at our vicarage church just assumed Josh was a pastor. One time I said something along the lines of “when I’m a pastor’s wife…” and the member exclaimed, “You guys aren’t married yet? But you live together! And you have two kids!”

To make matters more complicated, Toby is not just a vicar. He is a “convertible” vicar. (Now I have confused all of you.) A convertible vicar is an intern who, upon successful completion of his training, stays at his vicarage church and becomes their pastor.

Vicar Toby shaking hands with the president of the seminary

So, right about the time our congregation finally realizes that Toby is not a pastor but a simple vicar and that he is not a Russian immigrant named Victor Toby but an intern called Vicar Toby. It will be at that moment that we break the news. Vicar who? What are you talking about! It’s Pastor Toby!

It will take everybody another seven months to know what to call Toby. So just to be safe, I better let everyone know to make those Christmas checks out to me.