Proud as a Peacock in Panties

Toby has said that one of the reasons he married me was because when we met, I was fiercely independent. Not radically independent, as you’ll soon see, but a rugged individualist who killed cockroaches with her shoe, didn’t ask for help when her scooter ran out of gas, and had her own opinions.

However, much to Toby’s dismay, I’ve mellowed over the years and become quite domesticated (according to him). When I scream for him to come and catch a mouse or ask him to change the oil in the van without explaining to me how to do it myself, he looks at me with eyes of disappointment. “Where is that girl I married?” he asks sadly. I usually respond with something like, “Cooking your dinner, homeboy!” He’s not impressed.

Well all that changed yesterday. I put my big girl panties on and dealt with something I have become accustomed to passing off to him ever since I said, “I do.”– That is, vehicle problems. In the past, whenever there has been an issue with the car or the van, it’s Toby’s problem. He deals with it. My job is simply to nag him until the problem gets fixed.

Yesterday, the van’s driver-side window broke. It’s been finicky over the last few winters. It gets stuck, or it won’t go down. Or once it’s down, it won’t go back up. And last month, Toby declared that I was no longer allowed to roll the windows down in the van. That’s easy enough to follow (in the winter) until you go through a drive-thru at CVS, or the bank, or, in my case, McDonald’s.

Crunch! I heard it as I was handing over my McDonald’s gift card. Then again, when I was grabbing the Happy Meals. Thump! Then, out of nowhere, Swoosh! My protective window was gone. It apparently slid to the bottom of my door, never to be seen again. My first thought was: “Toby will fix this.” Just then, it started to sleet and the temperature that earlier was in the 50’s, started to plummet into the 30’s. And as the cold wind and ice hit my face and my once hot fries, I remembered that Toby was in an exam all afternoon and we have no garage.

It was then and there that I decided to reach deep down into the inner me and pull out those big girl panties. Although I had two tired little boys in the back seat who were due for a nap, I had a double stroller with blankets. I had my purse, no phone though. But more importantly, I had my coffee and a general understanding of where to locate a good mechanic.

So I put my sunglasses on, turned the heat way up, and set my face like flint to Gray’s Auto. I arrived, pulled the boys, the blankets, the stroller, and my coffee out of the van. We marched into the shop, looking for Mr. Gray. We found him on the phone, talking to another customer. He hung up the phone and I explained the situation. He threw some technical jargon at me, assessing the problem. I acted like I knew what he was talking about. He then said, “I can’t get to it today, but I can park it in the garage overnight and it will be done by tomorrow.” 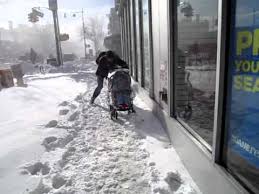 Good enough. I handed him the key, wrapped up the boys in blankets, and buckled them into the stroller. I walked out of there and pushed the stroller uphill the 1 ½ miles home. It was cold. The icy wind slapped at my unprotected face, but I dealt with it!

When a wide-eyed Toby got home that evening wondering where the van was, I shared with him my little adventure and asked whether or not he was upset that I didn’t call him first. He responded, “NO! I’m ecstatic! Something I don’t have to deal with!” He was so proud of me.

I know I’m not winning any suffragette awards for my actions. I’ve probably even lost a few cool points from the truly independent women out there. But it felt good nonetheless. Proud as a peacock in panties, that’s me. I think I might even have Toby show me how to change that oil sometime. But I better hold that satisfied-with-myself thought until we get Mr. Gray’s service charges.

7 responses to “Proud as a Peacock in Panties”